Microsoft is a powerful global software company valued more highly than any other. But its engagement with independent software vendors has been lacking and an Australian company says it has the solution.

The technology sector is overflowing with companies making outrageous claims about their “world firsts” that, on closer inspection, don’t stack up.

That’s why Chanticleer was sceptical when a tech entrepreneur in Sydney, John Orrock, claimed to have sealed a world-first venture capital partnership with Microsoft, the world’s biggest software company.

The questions came thick and fast. How could a blokewho started his career as a mechanic in the small Hunter Valley town of Kurri Kurri end up being duchessed by Microsoft’s chief executive Satya Nadella? 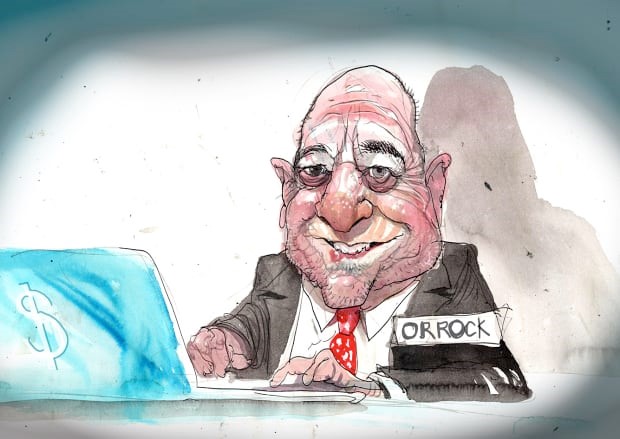 How could an Australian with six years’ experience in venture investing be rated as a better partner than rivals from the home of tech investing, Silicon Valley?

What comparative advantage could a small outfit from Australia have in software implementation and design?

But the due diligence showed Orrock’s world’s first claim was genuine. Microsoft Australia managing director Steven Worrall confirmed on Friday that no other organisation in the world had been given exclusive access to companies selected for Microsoft’s accelerated growth program.

It was Worrall who recommended Orrock’s company – Future Now Ventures – be invited to the Microsoft head office in Seattle to make a presentation to Nadella and his leadership team.

Orrock and his business partner, Chris Lee, gave a presentation that focused on the work they had been doing in Australia helping independent software vendors (ISV) to expand their businesses and therefore lift the installation of Microsoft products.

“What we have been doing with ISVs is quite unique,” Orrock says. “The meeting went really well. There was a lot of one-on-one time with Satya.

The $1 trillion miracle of Microsoft

It is worth making a slight tangent here to describe what is happening in global enterprise software and why Microsoft remains one of the most highly rated companies among its peers, despite being valued at $US1 trillion.

In the year to June 30, 2019, Microsoft lifted revenue 15 per cent to $US126 billion thanks to growth in sales across all its businesses, including its core cloud business Azure, its Hybrid Cloud offering, its Office 365 suite of commercial software, and Windows.

Microsoft is one of the best stocks for capturing the big secular trends in IT spending, according to analysts at Morgan Stanley. These trends include buying computing power, storage, data analytics, machine learning, security identity, productivity apps, front office apps and core financials.

Microsoft has a number of advantages as it tries to beat out competitors such as Amazon, Alibaba, Oracle, Salesforce, IBM, Apple, HP and SAP. It has a commercial customer base of 100 million, a global distribution channel comprised of 275,000 partners, about 6 million developers on its open source platform .Net, and about 30 million developers co-operating on GitHub.

Nevertheless, the enthusiastic welcome for Orrock in Seattle tells you something has been slipping through the cracks in the Microsoft ecosystem.

Not enough effort has been put into bringing ISVs into the Microsoft family.
There are about 175,000 ISVs globally and about 71,000 are cloud based, according to Orrock.

The strategy being pursued by Future Now Ventures will involve investing in ISVs and accelerating their growth. It will seek to bring ISVs operating on other platforms on to the Microsoft cloud.

Orrock and Lee will bring their expertise to bear on helping ISVs to develop sales and marketing skills, improved operations and better governance.

Future Now Ventures has already invested in 25 companies, including consulting firm Barhead and integration platform Reekoh. It is in the process of raising about $100 million from high-net-worth investors and family offices to fund further investments. It is a private equity-style fund that will invest for about four years in each company.

Nadella has said he wants Microsoft to lead in three key technologies: mixed reality, artificial intelligence, and quantum computing. These are long-term goals.

In the meantime, he knows that the profit margins in the Azure cloud business and associated commercial apps are much fatter than in the “old” Microsoft businesses. He can obviously see the upside from partnering with someone like Orrock.

If the industry forecasters are proven correct the global revenue from cloud computing services will grow from about $145 billion to $278 billion by 2021.

Orrock knows how much money can be made from tying your fortunes to a fast growing global software company. He has done this twice before.

His two most successful tech ventures were Okere, a CRM systems integration business based in New York, which was sold to Fujitsu for $US17 million, and Cloud Sherpas, a consulting company that was sold to Accenture for $US400 million.

Okere was a specialist in the customer relationship management software sold by Siebel Systems, while Cloud Sherpas specialised in selling software as a service using Salesforce software.

Orrock is proof of the theory championed by American author David Epstein that the way to succeed in any field is by “sampling widely, gaining a breadth of experiences, taking detours, experimenting relentlessly and juggling many interests”.

Epstein’s book – Range, How Generalists Triumph in a Specialised World – could have been written for Orrock.

He has worked as a mechanic, a bartender, an inventory systems manager, a director of engineering, a systems integrator, a technology consultant and an early stage venture investor.

Orrock has fond memories of his time fixing equipment in an underground gold mine 400kilometres north of Kalgoorlie in the 1980s, even though he once woke up with an axe stuck in his front door.

“The boys used to get a bit wild over there,” he says. “There were a lot of nomads who used to go there to work in the middle of nowhere, earn some money and come back to reality.”

Orrock won’t discuss his personal wealth but tech insiders believe he has a net worth of between $300 million and $500 million.