Most of us Microsoft Dynamics 365 people have a common set of tools in our toolbox – that coincidentally reside within that excellent community project – XRMToolBox. For many, many years, one of our favourites has been Ribbon Workbench – designed and built by Scott Durrow, Microsoft MVP (thanks, Scott).

Ribbon Workbench gave you an add-on UI that allowed a Dynamics 365 customizer to create their own button on a view or a form and have them trigger JavaScript and classic workflows -order the buttons, so the one you were working on didn’t end up under the dreaded ellipses, show and hide buttons based on values entered – the works. Its advent saved us all hours and hours of coding and made Dynamics 365 a happier place for our users.

A couple of weeks ago, the command designer was announced in preview, allowing us to edit the buttons on model-driven app forms (now ‘commanding’, rather than the old name of the Ribbon) right from the new solution designer.

Not only will we be able to add new buttons (with icons, labels and tooltips) and play around with the order of those that are already there both on views (main grid), main forms, associated views (under the ‘related’ tab on a form), sub-grid views (under the ellipses on a sub-grid added to a form) and quick actions (on the main search- these show the same buttons as the table’s main grid) – we’ll also be able to add actions to trigger cloud flows, define actions and visibility rules using PowerFX or JavaScript and add the customisations into solutions. 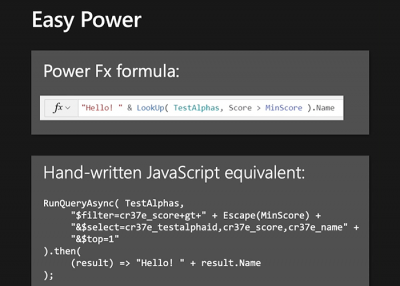 The important thing to note is that any customisations you’re made using Ribbon Workbench will still work- you can run your ‘classic’ customisations alongside modern ones you’ve created with the command designer no problem- in fact, the death of Ribbon Workbench may have been prematurely announced… while the command bar is a HUGE step forward, it’s not as fully featured as Ribbon Workbench yet, so if you’ve got complex requirements, you’ll likely have to switch between the two tools – note though that you won’t be able to edit your ‘classic’ commands in the ‘modern’ command designer.

A couple of things we’re waiting for with the command designer:

For more info, check out this blog post from the Jedi master himself, Scott Durrow.

About the Author: Loren Jones

Loren is a Microsoft-certified trainer and one of Barhead’s Solution Architects. She has a wealth of experience in Dynamics 365 business applications and the power platform and has built a career in solution architecture and software development.